This weekend I finally caught up and saw the last of the ten Best Picture nominees that I had not yet seen: Joel & Ethan Coen's True Grit.  Some of you may know that I am often obsessive about watching things in the correct sequence, including avoiding remakes or sequels until I am well acquainted with the original, so I was initially hesistant to watch this until renting the 1969 film with John Wayne.  However, having heard that the Coens' adaptation is more faithful to the novel than the earlier film, I think it's likely that I've been exposed to a more entertaining, humorous, and (well) gritty story by watching this 2010 version.

At first I wasn't sure that Hailee Steinfeld's performance was as great as it had been raved about, but I realized that I just needed to settle into the speech patterns and conventionalities of the western style, which I am admittedly not very familiar with.  (Something that definitely needs to be remedied.)  By the time her character Mattie gets the chance to interact with the residents of the town where she has landed to collect her father's body and hire a man to find his killer, the young actress' performance has become totally enthralling.

Jeff Bridges is pitch-perfect as Rooster Cogburn, but anyone who saw Crazy Heart may think that this performance was an easy task for Bridges.  Matt Damon was surprisingly enjoyable as self-important Texas Ranger LaBouef, and both Josh Brolin and Barry Pepper played perfectly well into the Western bad guy archetype.  I've been a fan of Pepper's since The Three Burials of Melquiades Estrada, and hope to see him in more non-Battlefield Earth roles.

With the Coen Brothers at the helm, this fairly melancholy adventure tale took on the right tone of perserverance, dark humor, and realistic toughness.  Justice is levelled in a believable and unforgiving way, the roughness of trekking through an Arkansas winter is not shied away from, and the violence is sometimes sudden, but sometimes meted out in the tense fashion of the classic Old West standoff.  It's said after every Western that finds success at the box office, that the genre is ready for a comeback, but unless the Coens or someone with their mastery can oversee each new project in development, I think we'll have to look instead to standout highlights such as this. John Wayne is funnier than Jeff Bridges and Kim Darby is even better than Hailee Steinfeld, but the movies are so similar, I would wait awhile before finding any of that out for yourself. 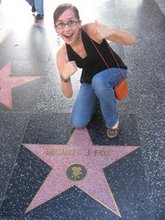